what is a Cane Corso?

The cane corso’s history goes back to ancient Rome, and beyond. Most experts believe they’re descended from the now-extinct Greek Molossus dogs and later, after being bred with fighting dogs from England, they became the Roman “pugnaces” (a category of dogs used for attacking wild animals).Historically, they fought alongside Roman legions, hunted boar and other prey, and, later, guarded flocks, property, and people on farms.

The corso almost went extinct after World War II but experienced a resurgence in Italy in the 1970s, and was brought to the United States in the 1980s. The breed was recognized by the American Kennel Club in 2010.

Their name means “guard of the estate” in Latin, though some corso advocates, including Vandewalle, believe it means “coursing dog,” referring to the practice of coursing, or pursuing prey using sight (as opposed to scent). We still use these dogs for their original purposes today. Through selective breeding we have been able to develop our own Bloodline that is capable of being a Guardian / Catch dog. 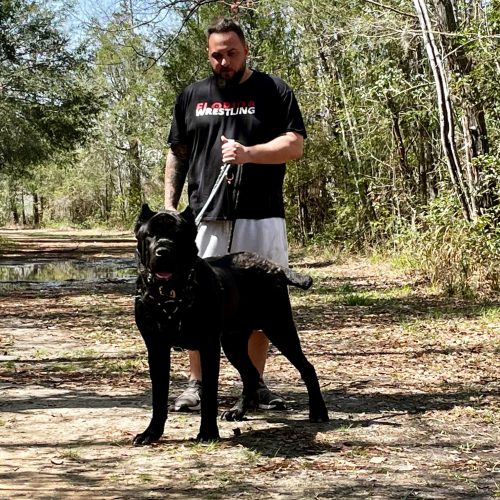